The Best Ways To Use Video In Email by Autoklose

Video is an incredibly powerful tool for getting attention, communicating clearly, and creating lasting impressions.

It captures layers of human communication that text never could such as tone, pace, volume, inflection, facial expressions, body language, and more. On top of that almost all ranking algorithms used by platforms like Google and Facebook favor videos when determining what content to display.

However, very few people are harnessing the power of video in their email marketing, which is a shame because if there was ever an area of business in need of a dose of something new, imaginative, and entertaining it would definitely be our email inboxes.

In this article, I’ll lay out for you some of the basics of how to use video in email most effectively.

The first step to getting your video watched is to have an engaging subject line.

The same general rules apply to video email subject lines as to other emails.

Mainly; keep it concise, trigger some curiosity, and show them why it’s worth their time to open the email.

We’ve even found that including the word “video’ in a subject line can increase open rates by as much as 19 percent!  Once the email is opened you’ll want to make sure that the preview of the video is in the form of an animated gif, not just a still thumbnail.

An animated preview gets your prospect’s attention better and makes it obvious that it’s a video waiting for them and not just an image.

Where a video email differs from a traditional email is in the role of the typed-out text.

Interestingly enough the typed-out text below the video matters almost as much as the video itself, because if you don’t do a good job there, your recipient may never even watch the video.

However, you’re not putting the “meat” of your message in the text. The job of the text below the video is to answer the question “what’s in it for me?” or “why is this video worth my time?”.

If the lines of text in your email don’t clearly answer those questions then you’re relying on nothing but curiosity to get your video watched and will have a lower play rate on your video.

You can even add a line of text above the video as well if you want to control what displays as the “pre-header text”.

Make Sure to Add Value

When it comes to making videos that have an impact, the cardinal rule is to make sure your recipient is glad they watched your video.

There needs to be some significant value to them either in the form of education, entertainment, or both.

Otherwise, they won’t bother watching your next video and probably won’t even open your next email. Beyond that, I have noticed that the real power of video comes from its ability to make people feel connected to you in a way that typically only happens face to face.

Don’t diminish that effect with unnecessary amounts of editing and “polish” to your videos.

Video emails tend to be most effective when they feel more like a casual conversation than an advertisement. The small mistakes and “ums” that make their way in there which you hate so much only make you more relatable to the viewer.

Then, just like in a written email, your video should end with a clear call to action.

One short framework we at Bombbomb often teach our customers that captures all of these elements is empathy, value, call to action.

By starting with empathy you humanize yourself to the recipient so they no longer see you as “just a sales rep”, but rather as a real person reaching out to help them. Once you’ve “broken the ice,” then it’s time to clearly state the value you can offer your recipient (or in some cases, let them experience that by giving them some valuable information in the video itself).

After demonstrating your value to them then it is time for your call to action. Sometimes that will be a big ask like “Click below to schedule a meeting”, but often that will be a small ask like “reply to this email letting me know if this is something that interests you”.

Finally, once the email has been sent you are going to want to pay attention to who watched the video then follow up with a phone call or in some cases with another video and an even stronger call to action.

You’ll find that a personalized video with the recipient’s name written on a whiteboard in the opening frame of the video to be highly effective in these situations.

The easiest way to execute all of the techniques described above is by using Bombbomb. If you have questions about the product, or if you want to set up a free trial of the Bombbomb software simply email me at Jonathan.mahan@bombbomb.com and I’ll help you out. 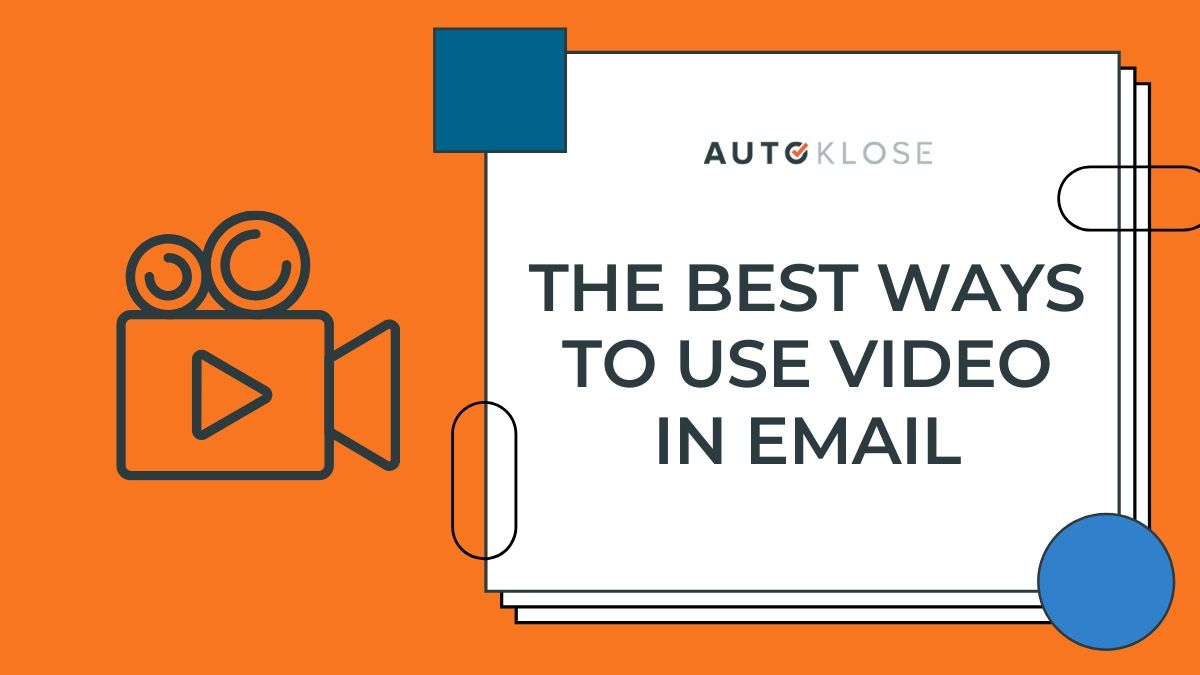